St. Elizabeth CHS was founded in September, 1987. It was housed in a temporary location, now Holy Family CES for two and a half years. The school moved to its permanent location in February 1990. The school continued to grow, peaking at approximately 2,000 students. St. Elizabeth also was recognized as an ESL Centre. In September 2003, St. Elizabeth launched the Regional Arts Program. A dance studio was added to our facility. Students from across the region auditioned for spots in one of five areas: Dance, Drama, Instrumental Music, Vocal Music, or Visual Arts. The popularity of this program has continued to grow. The York Catholic District School Board Centre for the Arts was opened in February, 2006. This state of the art theatre has enhanced our school productions and has allowed our students to gain valuable technical expertise. St. Elizabeth has also been given a high skills major designation in the area of arts and culture. The students continued to excel in biotechnology, arts and in sports. Their commitment to helping the less fortunate is clearly evident in the fundraising efforts they have embraced.

St. Elizabeth, we ask you to help us grow in faith and understanding. Help us to know that nothing is impossible with God. Help us to celebrate life with our Mother Mary at the visitation. Help us to offer hospitality to those who are in need, just as you offered your support to Mary during her pregnancy with Jesus. As a mother, you know the joys and sorrows of young people. Be our support. Help us to grow as students and teachers. May our school reflect your gifts of faith, respect for life, and hospitality. St. Elizabeth, pray for us. Amen.

Religious education courses are compulsory for students for each year of attendance. This life of faith requires that each student study and gain knowledge from scripture (both the Hebrew Scriptures and the New Testament), the Sacraments, Catholic Moral Teachings, Church history, and the religious experiences of the world around us. Over the four years of community service, students will develop a portfolio, which will highlight their fulfillment of the Catholic Graduate Expectations. This collection of experiences will enable them to demonstrate their commitment to Catholic values as well as Catholic Graduate Expectations. 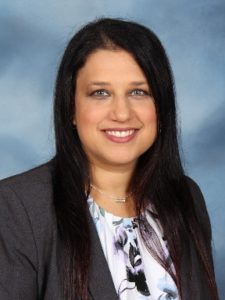 Martina Fasano began her teaching career in 2003 at YCDSB’s St.Joan of Arc Catholic High School. She also taught grade 8 at Our Lady of the Rosary Catholic Elementary School before returning to the secondary panel and eventually serving as the department head of Canadian and World Studies at St.Maximilian Kolbe, where she taught economics, law, and history. As a vice-principal, Martina has had the honour and privilege of serving both the Our Lady Queen of the World Catholic Academy as well as the St.Brother Andre Catholic High School communities prior to being appointed as the principal of St.Elizabeth.

Martina has served on various committees at the Board level, including the YSCPC (York Secondary Catholic President’s Council), Drug and Alcohol Awareness (DAW), and the Covid-19 Logistics and Planning Committee. She was also a member of the committee that developed teacher resources for the history curriculum revisions which focused on the implementation of the Truth and Reconciliation Commission’s Calls to Action to embed Indigenous history into the grade 10 history curriculum in Ontario. As a member of the Ontario History and Social Science Teacher’s Association (OHASSTA), Martina also developed curriculum-based teacher modules on behalf of the Ontario Ministry of Education as part of a targeted project about the role of school trustees.

Throughout her career, Martina’s passion for engaging students has been at the forefront of her efforts toward forward thinking curriculum development in the social sciences, student leadership, school-based digital tool implementation, arts education, school/student safety, and data-informed school improvement. She has also had the opportunity to work with music industry professionals in the capacity of musician, author, social media manager, and public relations strategy. These experiences have allowed Martina to connect student learning to the world beyond the classroom, and bring exciting and dynamic opportunities to the school communities that she has served. 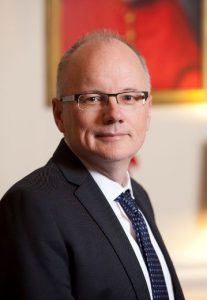 Delbert Allan proudly began his teaching career with a busy grade two class at St. Thomas Aquinas Elementary School in Keswick. Mr. Allan spent the following ten years in a variety of teaching and support roles in elementary schools with York Catholic District School Board, which found him serving in each of the three elementary school divisions as well as assuming roles of extra responsibility including Divisional Chair, Core Resource Teacher and Principal Designate.

Mr. Allan served as Vice Principal at St. Maximilian Kolbe Catholic High School in Aurora, where his portfolio included the development of a peer support program for new grade nine students; the implementation of both the Grade Nine EQAO Mathematics and the Grade Ten Ontario Secondary School Literacy Test; overseeing Student Government and Student Services, and a variety of other initiatives.

Mr. Allan holds a Masters Degree in Religious Education from St. Augustine’s Seminary and The University of Toronto. Mr. Allan is a Permanent Deacon with the Archdiocese of Toronto, having been ordained in May 2014 by Cardinal Thomas Collins. Mr. Allan’s ministry as a Permanent Deacon finds him working with shut-ins Nursing Home residents and the marginalized, as well as serving his home parish. 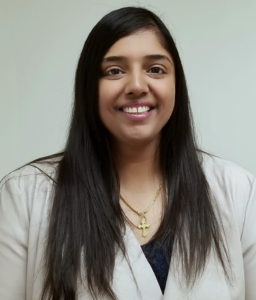 From a very young age, Lisa Joseph always knew she wanted to be an educator, and has proudly been a part of the York Catholic District School Board her entire career.

After graduating from the Concurrent Program at York University, she started in the Canadian & World Studies department as a history/geography and family studies teacher at Father Michael McGivney C.H.S.  During her first five years at FMM, she not only supported students in the classroom but coached numerous sports and steered many committees that focused on Student Leadership and Diversity & Equity.

She then moved on to St. Theresa of Lisieux C.H.S., where she spent the following 16 years in a variety of teaching and leadership roles.  It is here she began her journey as a guidance counsellor, gaining knowledge of pathways, post-secondary, mental health and other student needs.  She is a strong advocate for inclusivity and continuously strives to promote a safe and welcoming environment for all students.  She introduced mindfulness for both staff and students, continuously supported anti-racism initiatives, and also oversaw Student Government and President’s Council, helping students become the next generation of leaders.  Lisa’s passion for students was recognized by the York Catholic District School Board in 2014/15, when she was presented with the Outstanding Teacher Award.

Lisa is a student for life and always loves learning.  She achieved her Masters of Education early on in 2006 and has taken numerous qualification courses that led her to take the Guidance Headship at St. Robert in 2021.  Here she was a pillar in supporting the Guidance department and the school in developing mental health and inclusive programs that supported both the IB and Academic students of the school.

Achieving her Administrative Qualifications in 2021, Lisa has now been appointed as our newest Vice Principal at St. Elizabeth C.H.S., overseeing the Regional Arts Program.  She hopes to continue the great work and commitment both staff and students have put forth to create such a wonderful program, where students can embrace their God given talents and nurture their whole being.

God has always led Lisa throughout her journey in all aspects of her life, especially in her educational career.  Thus, here at St. Elizabeth, she truly believes that in Christ-like ways she will work with this great community to include, inspire, and challenge every student to care, learn, think and be strong to rise above all.